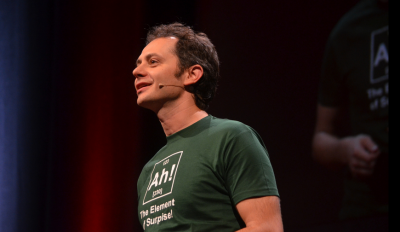 Theo is a science communicator and a social entrepreneur. He holds a PhD in Medical Genetics from Kings College London and his Post-Doctoral Research work was in hereditary cancer. He is the Co-Founder and Director of “SciCo” (www.scico.gr), a nonprofit enterprise whose aim is to communicate scientific issues to various stakeholder groups via innovative means. Theodore has produced, co-written and co-acted in the following theatrical shows: The “Science of Christmas” (2008), the “Science of Love” (2009), the “Science of Ecology” (2009), the “Science of Nutrition” (2010), and “Me ta Matia tis Gis” (2012) which are currently being played in primary and secondary schools all around Greece. He has led a number of corporate social responsibility campaigns such as the award winning “Ygeia En Gnosei” (www.ygeiaengnosei.gr ), “Healthy Kids” and “Through Earth’s eyes” for various organizations and corporations. Together with the British Council he has co-founded and developed School Lab (www.school-lab.org) an interactive online learning platform for science communication. School lab now also operates in Malta and Cyprus. He has co-organised the “Impact Series” (www.theimpactseries.com ), the first workshops on social entrepreneurship via science and technology in Greece. He is also the curator and founder of TEDMED live Athens (www.tedmedliveathens.com ).
Moreover, he co-founded the “Green Project” (www.green-project.org ), a NGO whose aim is to create environmental awareness via science and art. He has participated in three road trips from Athens, Greece to Beijing, China, from Athens to Cape Town, South Africa and from Athens to North Cape, Norway raising environmental awareness. Theo is an Onassis and Embirikion Foundation scholar, a British Council Climate Leader, has trained in NASA spacecamp for science education and has given numerous talks on science communication globally. In 2011 he was nominated by UNESCO Greece for the Kalinga Science Popularisator Prize and in 2012 he trained with Al Gore to become one of Climate Reality Project Ambassadors. Since 2011, he is the TEDxAthens host presenter. the President of the Onassis Foundation Scholar’s Association. Theo has travelled to over 70 countries and in his spare time composes music in piano.